Chief Executive Officer of Overseas Commerce Ghana Limited, Mr. Boaz Amiel, has stated that its company has refurbished the office of the NCCE’s Tema West Municipality in order to aid their quest of sensitizing the public.

This according to Mr. Boaz will provide an enabling environment for civic engagement and to also help sensitize the general public especially as the December general election is looming large.

Speaking at the handing over ceremony, the CEO stated that, “The NCCE is the mouthpiece of the nation in disseminating national information to the population, we, therefore, found it imperative to facilitate the refurbishment of the offices to allow for the smooth running of day to day activities.”

He indicated that the project includes painting, electrical works, and partitioning of the classrooms to create offices for officials of the NCCE.

He explained that the two-unit classroom block which was given to the commission was converted into a total of four offices.

Mr. Amiel added that the intervention by Overseas Commerce Ghana Limited is aimed at complementing the government’s efforts towards sensitizing the electorates of the Tema West Municipal assembly on the need to partake and how to partake in the upcoming general elections.

He expressed the hope that the refurbished facility will go a long way in aiding the National Commission on Civic Education to discharge its constitutional mandate within the environs of the Tema West municipality.

Meanwhile Director of Administration at the NCCE’s Tema West Municipality, Mrs. Dora Hammond said: “We at the Tema West office of the NCCE are grateful to Overseas Commerce Ghana Limited for taking it as part of their corporate social responsibility to ensure that the NCCE gets the needed support and resource to aid us in carrying out our constitutional mandate.” 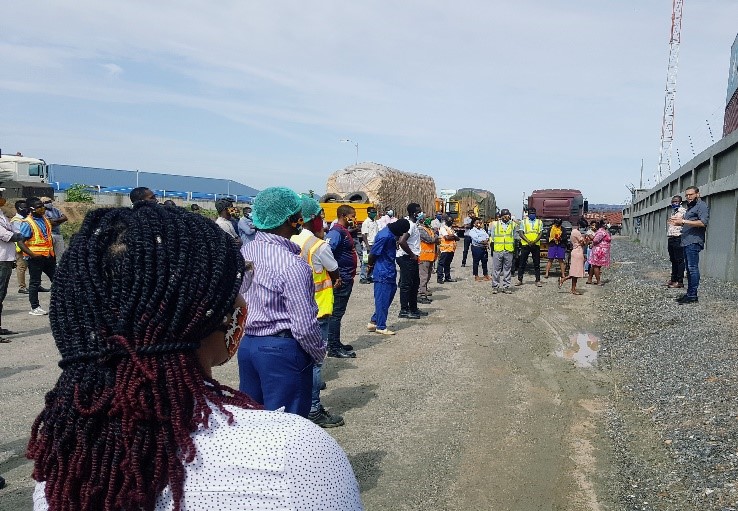 Since Ghana recorded its first case of COVID 19 in Ghana, there was the fear of the widespread of the virus, the country saw measures such as social distancing, using alcohol-based sanitizers, and washing of hands, amongst others. END_OF_DOCUMENT_TOKEN_TO_BE_REPLACED 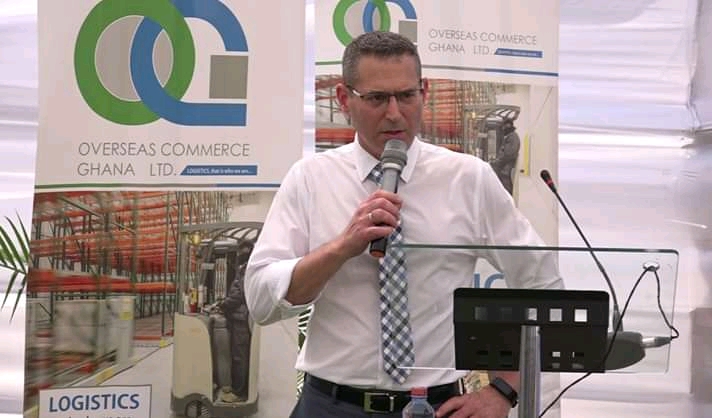 Overseas Commerce Ghana Ltd, a logistics company located in the Tema Port enclave has held an open day forum with its stakeholders to interact with them towards END_OF_DOCUMENT_TOKEN_TO_BE_REPLACED 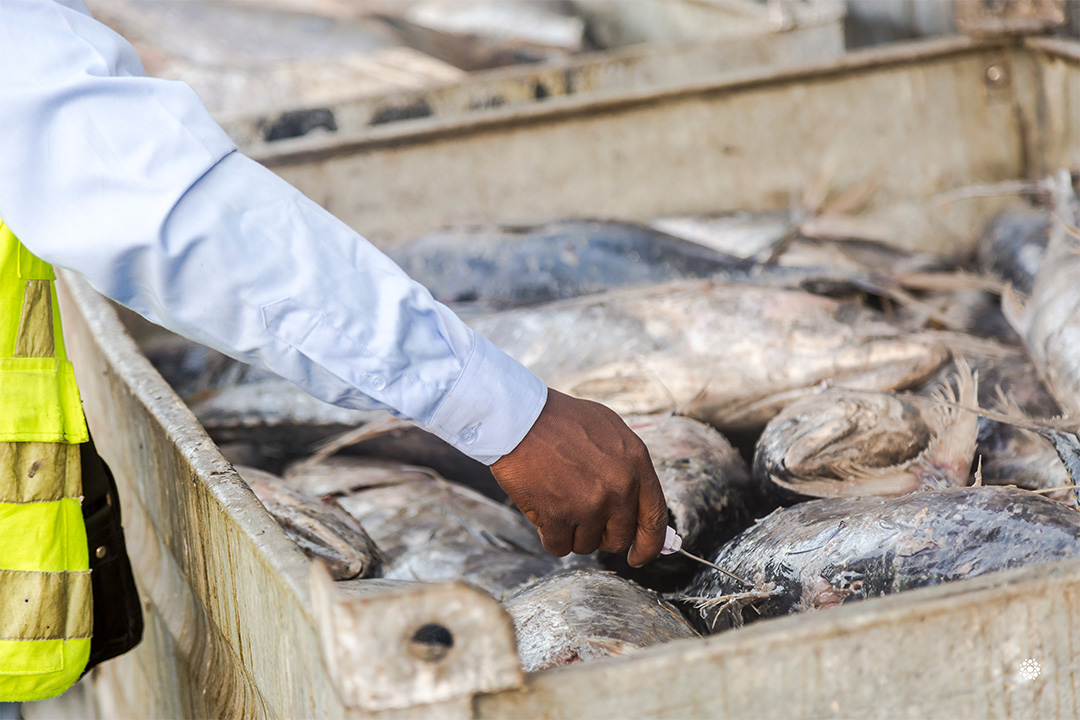 Fisheries constitute an important sector in national economic development. The sector is estimated to contribute 3 % of the total GDP and 5 % of the GDP in agriculture. About 10 % of the country’s population is engaged in various aspects of the fishing industry – Ghana Investment Promotion Centre.                       END_OF_DOCUMENT_TOKEN_TO_BE_REPLACED 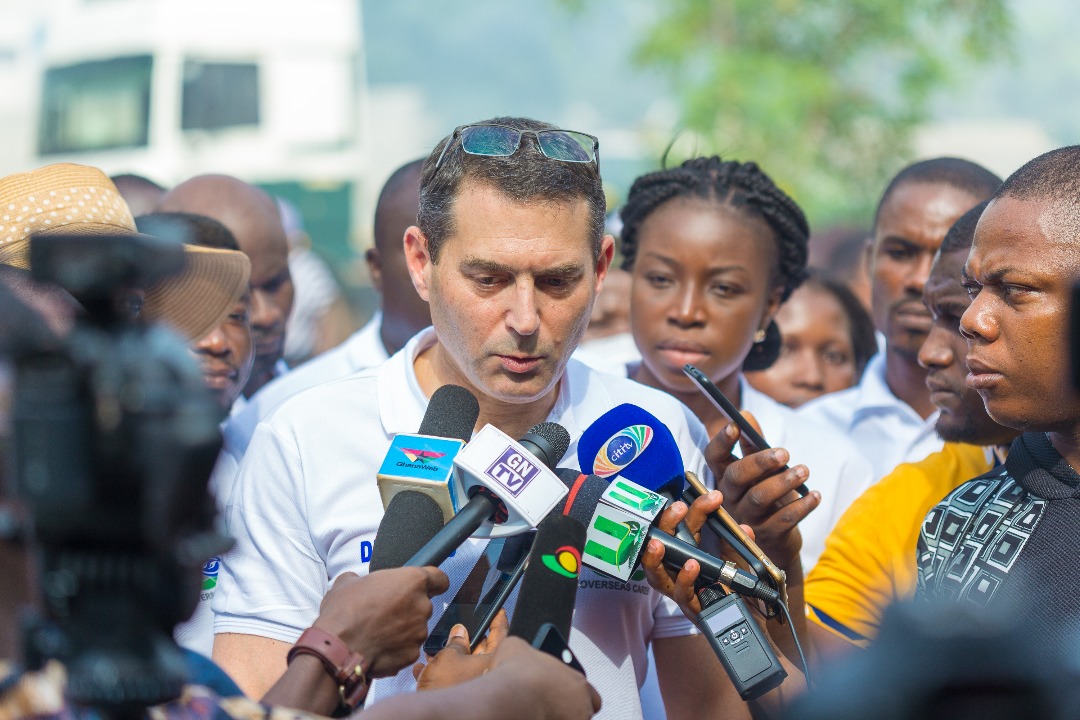 The Chief Executive Officer of Overseas Commerce Ghana Limited, Mr. Boaz Amiel, has called on Ghanaians to take an active role in cleaning their surroundings if Ghana is to make any headway in its quest to achieve the Sustainable Development Goals (SDGs). END_OF_DOCUMENT_TOKEN_TO_BE_REPLACED

I hope this message finds you well and your family is also in good health.

Following the President’s last address on the COVID 19 and the country’s part lock down, I want to assure you that Overseas Commerce Ghana Limited will continue to provide you with full logistics services throughout the lock down period as before.

Our operational teams will be available to serve you as always at our offices in Tema while observing closely all the protocols such as social distancing, regular hand washing and use of nose masks.

Additionally, OCGL will come up soon with a paperless approach which will allow you to send and receive documents via emails including Invoices and most of your communications to the relevant departments.

Kindly note that the above directives will remain in force until otherwise directed by the President.

I trust that as a loyal and satisfied customer you will keep supporting our operation throughout these challenging times,